My anxiety was fueling my lists, then my lists were fueling my anxiety. It was a vicious cycle and got to a point where I would lash out at my family when I was overwhelmed with the amount of stuff on my list and no time to do it. I got to the point where I wrote EVERYTHING on my list, from every day things to outrageously high targets –

Everyday I’d end up feeling miserable about the amount of stuff that I didn’t get done and kept moving them onto the next day’s list.

My anxiety was getting to a peak and I couldn’t cope. I was extremely paranoid that I’d forget something vitally important, especially to do with my son, what if I forgot to feed him or that it was time for him to sleep…

I eventually worked out that my list writing was actually causing me more anxiety than helping me. So I decided to take off anything that was a goal or target for myself. I realised that if it was something I really wanted to do – I probably wouldn’t forget about it. I’ve learnt to go gently and not place ridiculously high expectations on myself. I’m raising a baby and that takes an enormous amount of time and energy. I learnt to concerntrate on my son and if I did forget anything he’d probably let me know. Plus, if the washing didn’t get done, it’s wasn’t the end of the world, I would realise when I didn’t have any clothes to wear and that it’s time to do some washing!

Don’t get me wrong, I still believe lists are an excellent tool, if used in the right way. A friend recently told me about a really nice way that she organises her lists, so I thought I’d have a go at creating my own.

Basically, instead of just scribbling over things on your list as they get done (which I always did, to the point that what was under the scribble could not be read), you can use a whiteboard and wipe off the job you’ve competed and move it to a list called Done. This gives you a sense of achievement as your To Do list gets shorter and the Done list gets longer.

I created this one with an old photo frame and some washi tape (available at craft shops). My son is too young but this could also be a way to record jobs that your kids have done. They can feel a sense of achievement as they move things from the To Do side to the Done side. 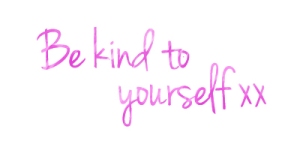